A house in the making: The second sketches

As some of you know, me and my u  have bought our selves a little property on Nesodden just outside Oslo (Norway). It was a bit of a coincidence that we ended up just there, but we fell in love with the rural surroundings, the closeness to the sea, and the fact that Oslo is just a short boat trip away. Having the sea just 300 meters down the road was also an important factor when we decided to make an offer on the property. 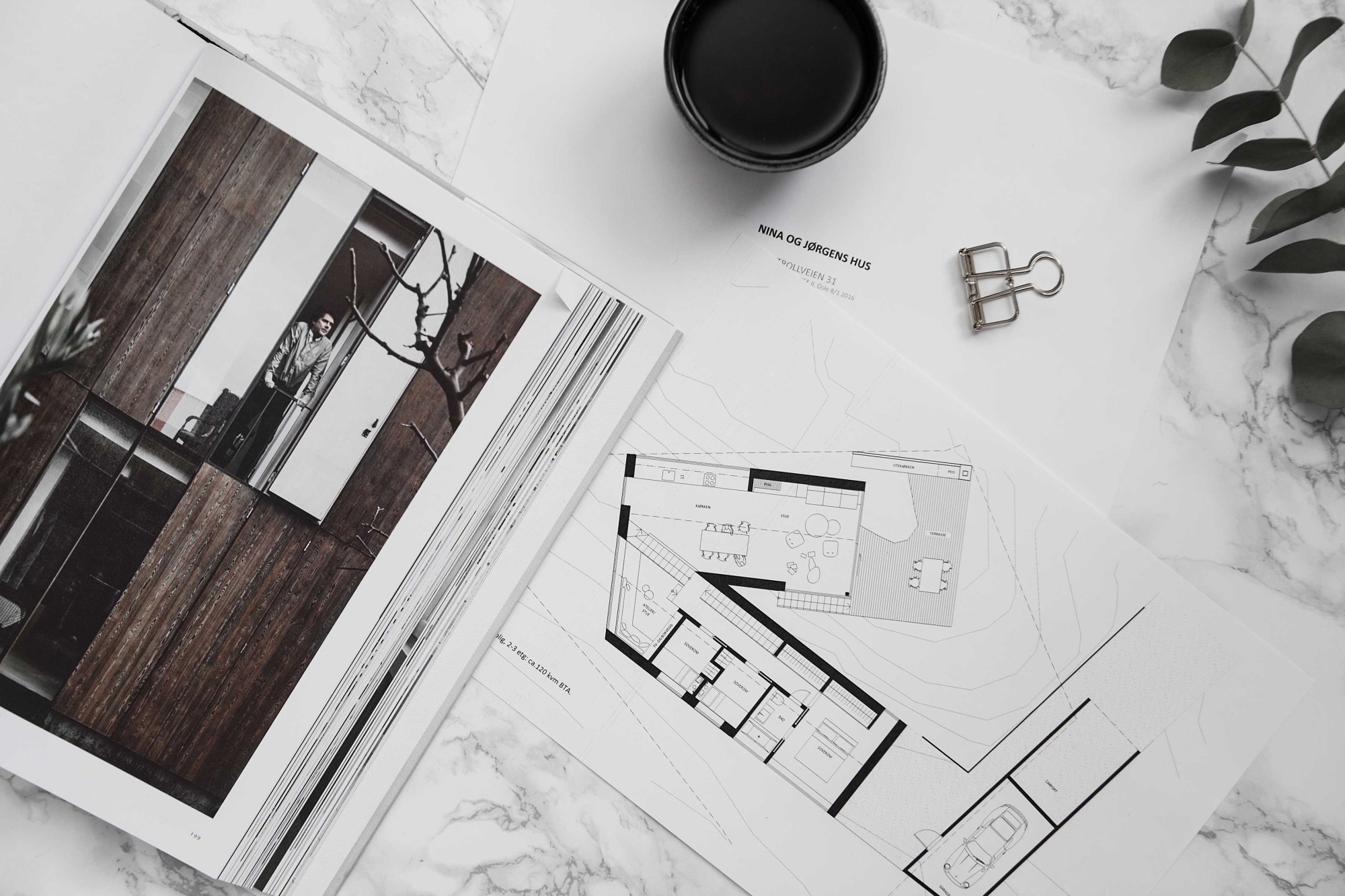 The topography of the property is a bit of a challenge with a hill, a steep fall and a wally, so we quickly decided that we had to draw the house from scratch, rather than building a prefabricated house. And by “we” I mean our architects EkbergLous.

In late fall last year they presented a concept of the house, and we really liked how they matched the building and the landscape, and the movement and flow in the house. They had drafted a private pathway between the garage and the hill from the road towards the valley where the entrance will be. Here is what they called the base with hallway, bathroom, laundry room and storage space. On the top of the base there is the bedrooms and another bathroom overlooking the valley, and then the house made a turn creating a L-shape on the top of the hill where they placed the kitchen and the livingroom overlooking the sea.

All though we really liked the concept, the look and feel of it wasn’t quite what we had in mind. It was a tad bit too futuristic for our taste, so we asked them to do a second version with gable roof, but without loosing the qualities we liked from the initial concept.

Last week we had a new meeting with EkbergLous where they presented their second sketches. This time it was spot on! They had incorporated the gable roof without loosing the overall concept. In addition to making a model of the house, they also presented floorplans and section drawings. I’m ready to move immediately. Too bad we actually have to build the thing first.

Here are some pictures of the model, as well as the drawings: 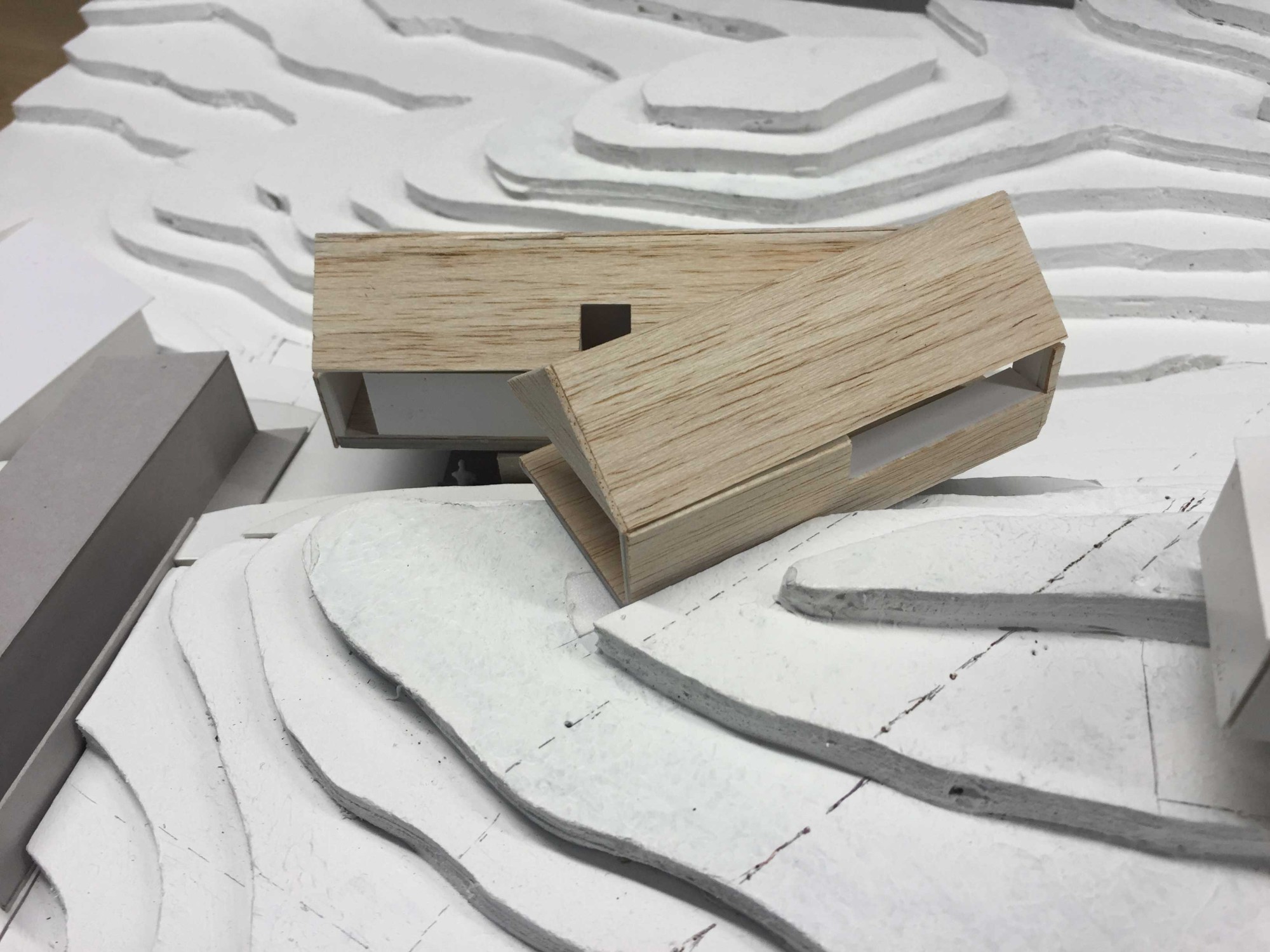 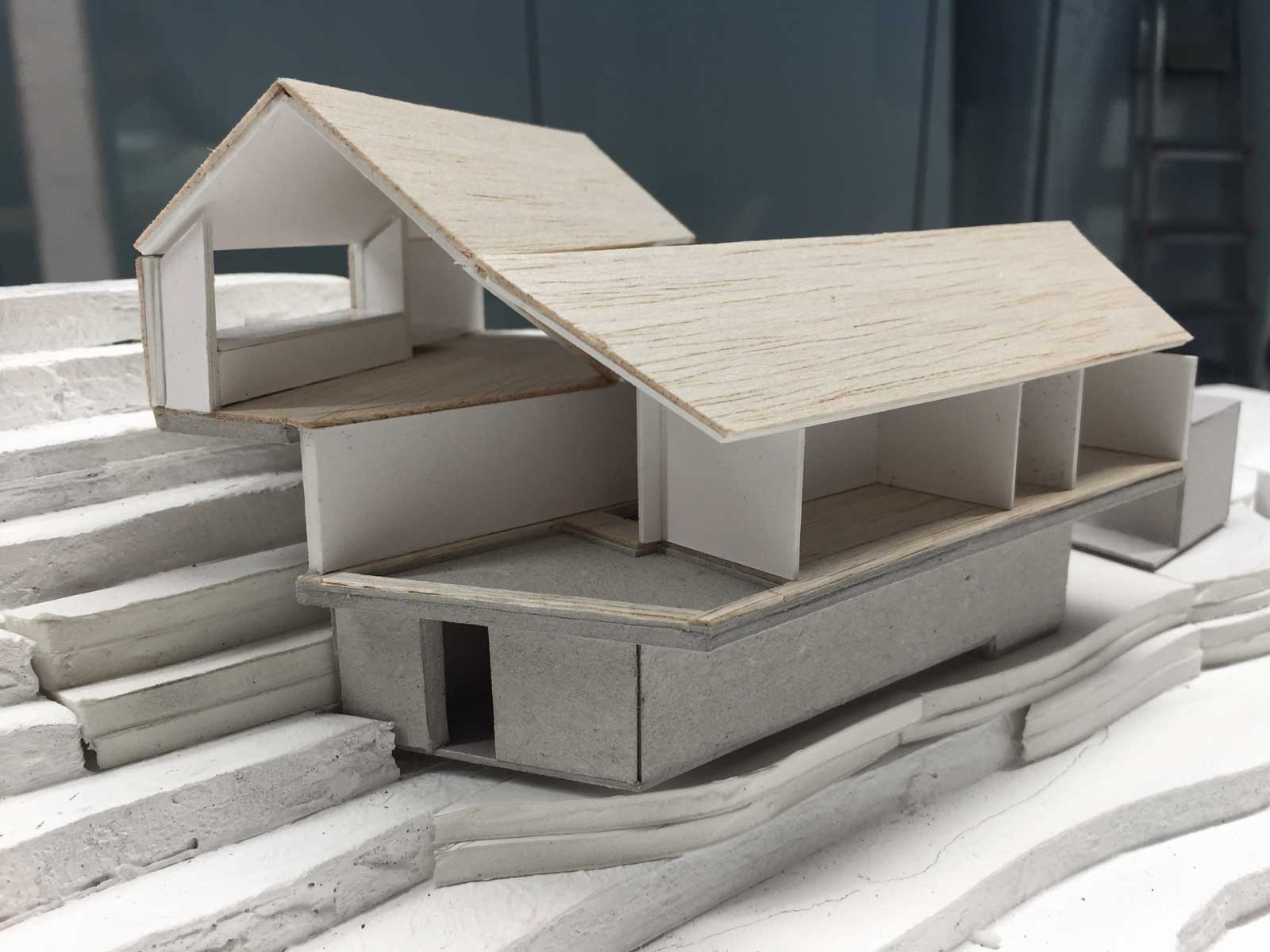