Finding the right crib for the little one

Being slightly obsessed with keeping our apartment neat, I’ve  joined the club of interior loving parents naively hoping the toddlers toys will match the pillows. So when we started looking for a crib, it needed to fit well into our interior, in addition to being safe and comfortable for Baby G of course. 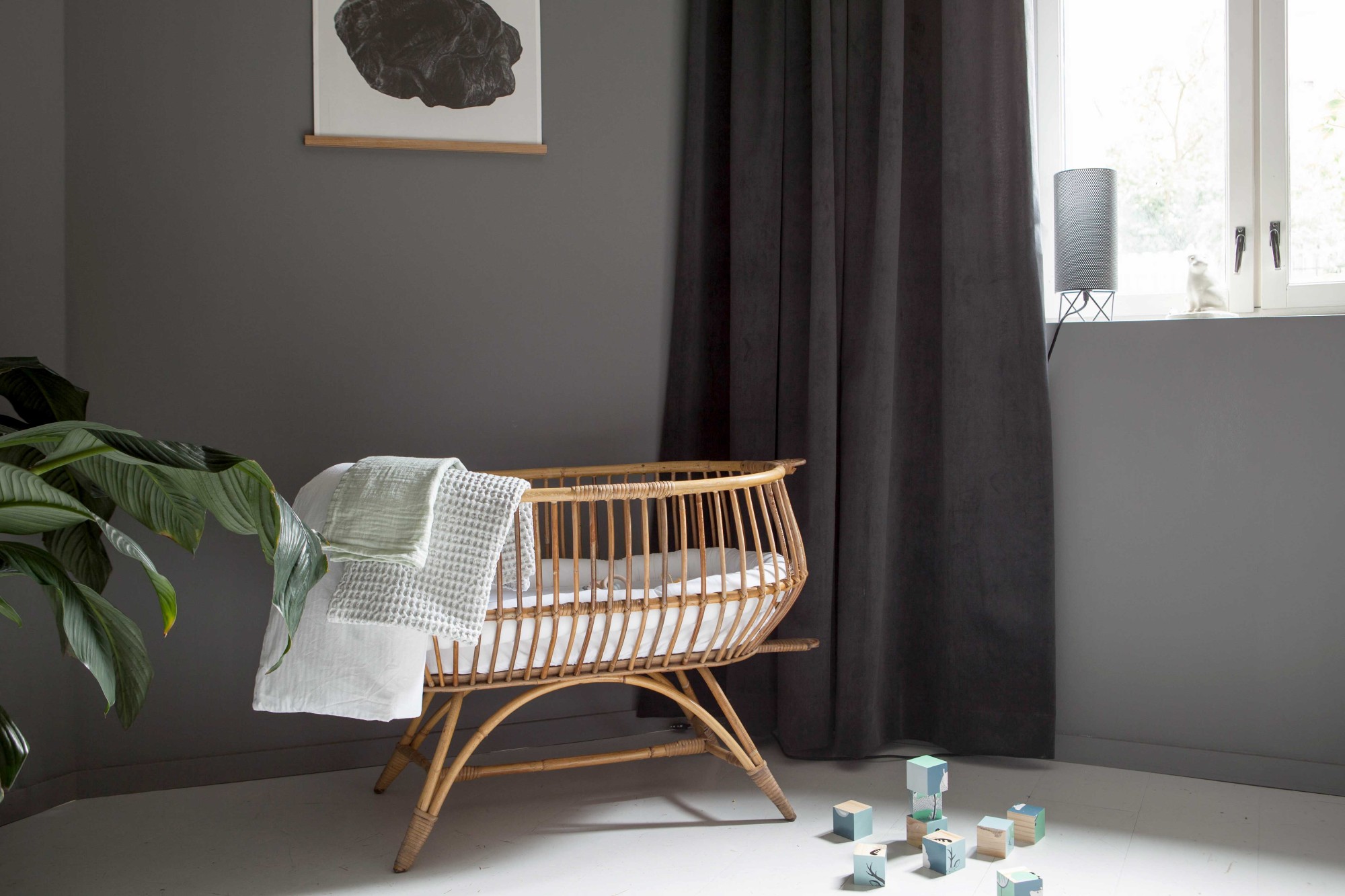 There’s so many styles of cribs, but I kept coming back to different kinds of vintage bassinets. They have so much character in my opinion, and I’m keen on buying second hand as much as possible.

After a lot of browsing on vintage online shops, I fell in love with a 60’s rattan crib made by the Dutch designer Dirk van Sliedreigt for Rohe Noordwolde. It was sold by Cribs & co on Etsy, a Dutch shop run by Marije.

I felt like a little kid when it was delivered at our door a couple of weeks ago. I think I was extra eager since there was some hiccups with the shipment. Actually my crib ended up in Japan by mistake, while I got the one meant for the Japanese costumer. It was a tad bit stressful (probably more so for Marije), and the extra transportation took away from the benefit of buying second hand. But Marije and the Japanese lady made a great effort to get the crib delivered well in time for my due date, and it all ended well.

I bought a matching mattress with the crib, but because of the oblique shape of the bassinet, there was a small gap between the mattress and the railing. I made a wadded sleeve tied into a donut to go around the mattress, and the problem was fixed.

The crib also came with a drape rod, but I’m saving that for an upcoming post with my home made baby mobile (if I find the time).

Now all that’s left is to find a bed arrangement for the bedroom as the rattan crib will be in the livingroom. I have my eyes set on a bedside crib to make nighttime nursing easier, in addition to keeping the little one as close as possible the first months <3. 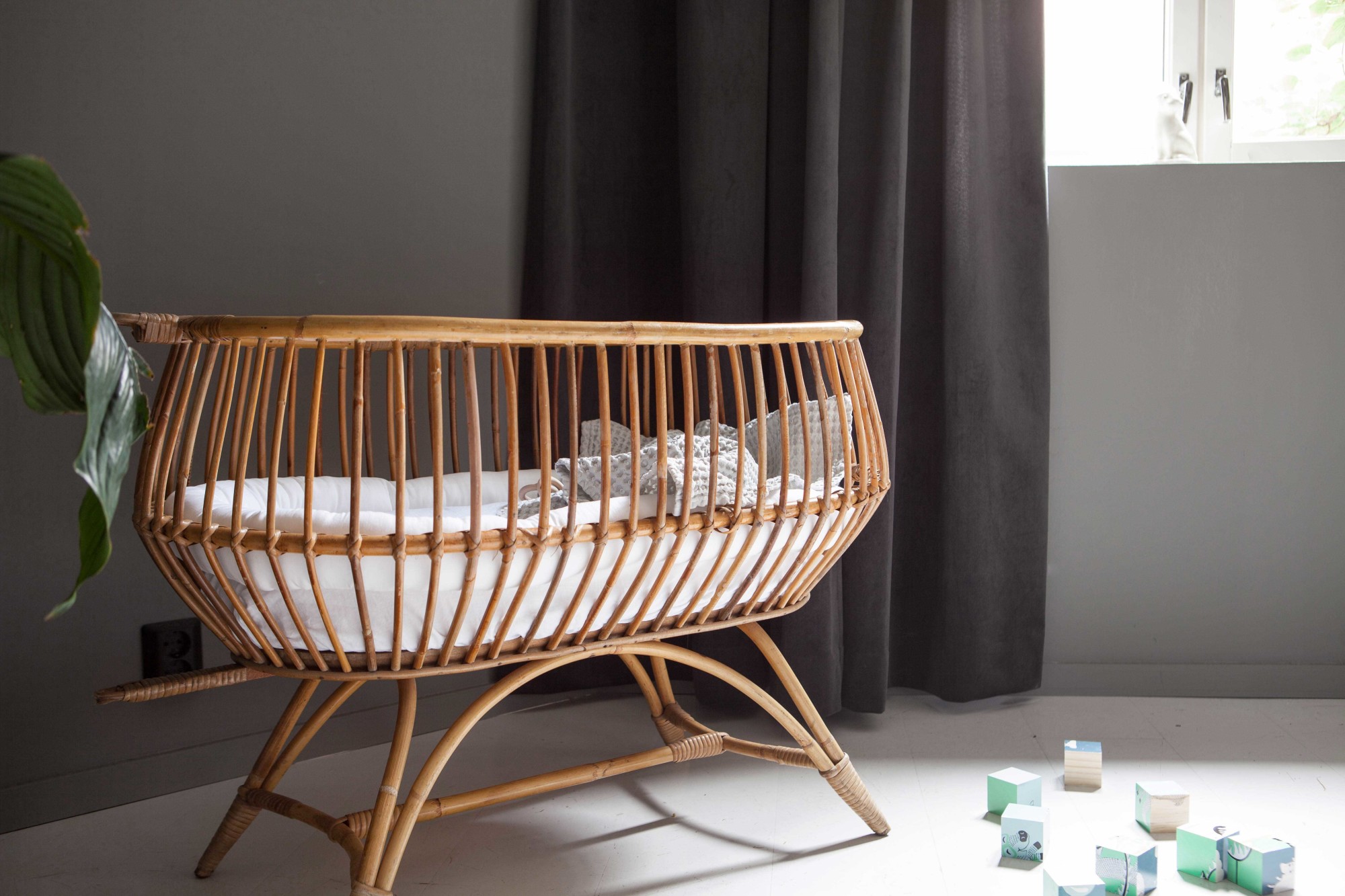 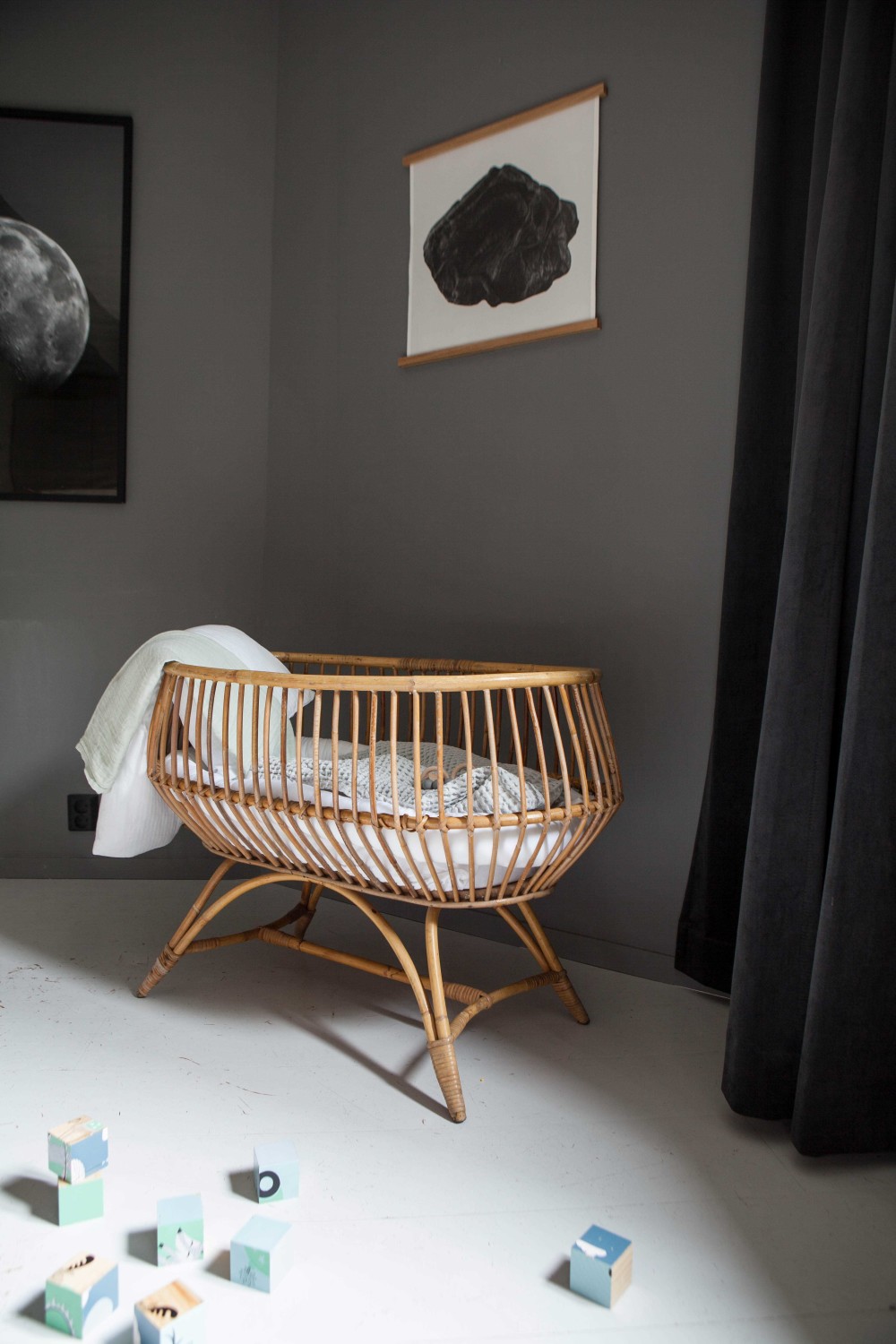 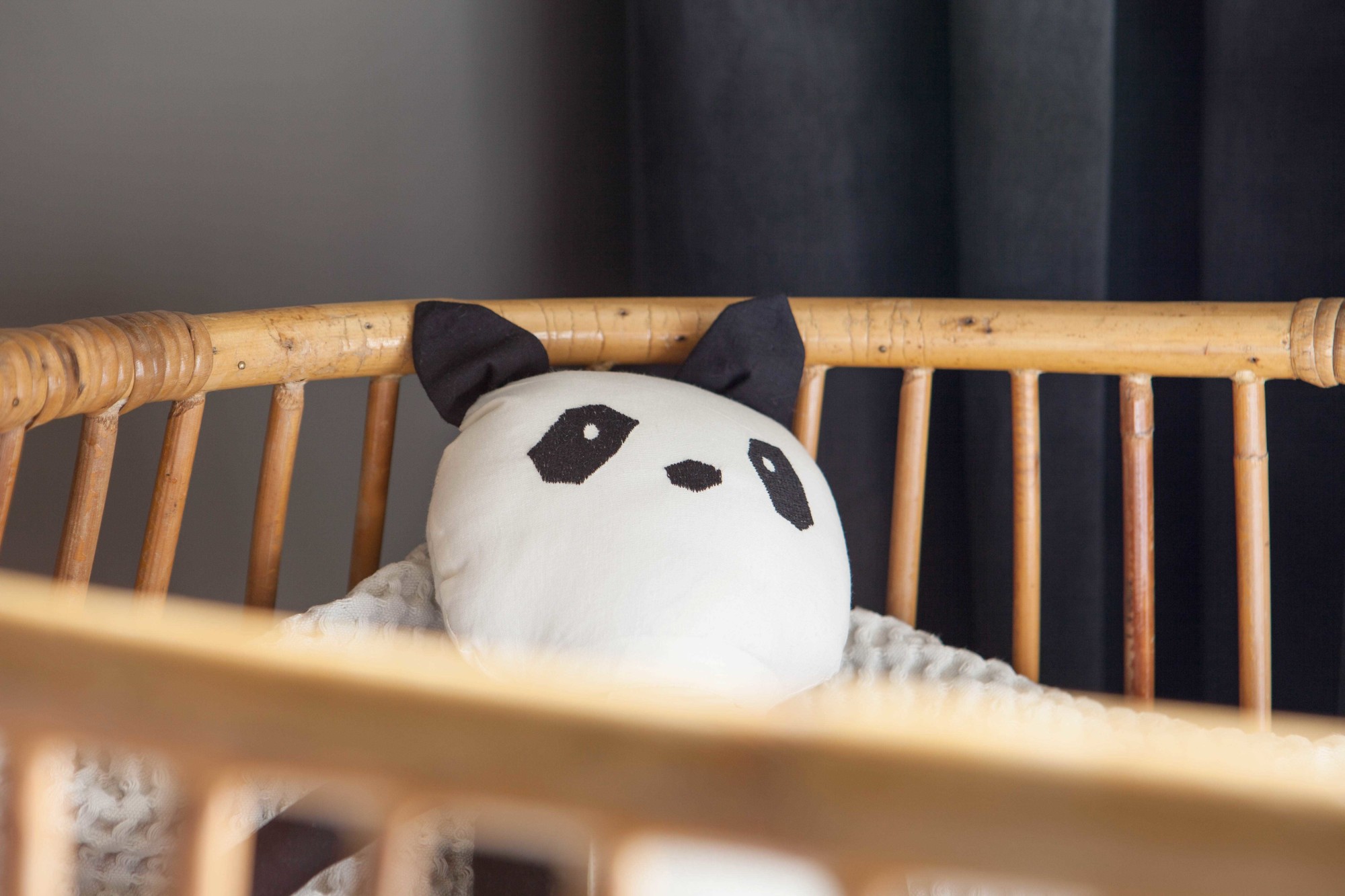